After Big Bend, I spent some time in Austin, TX, going to SXSW and then a while back in the Northeast. Eventually I returned to Texas and made my way to Albuquerque, passing through some parks and historic sites along the way. After returning to Jersey yet again for a few days, I got back to Albuquerque and quickly made my way to Chaco Culture National Historic Park (what a mouthful) where this post begins. 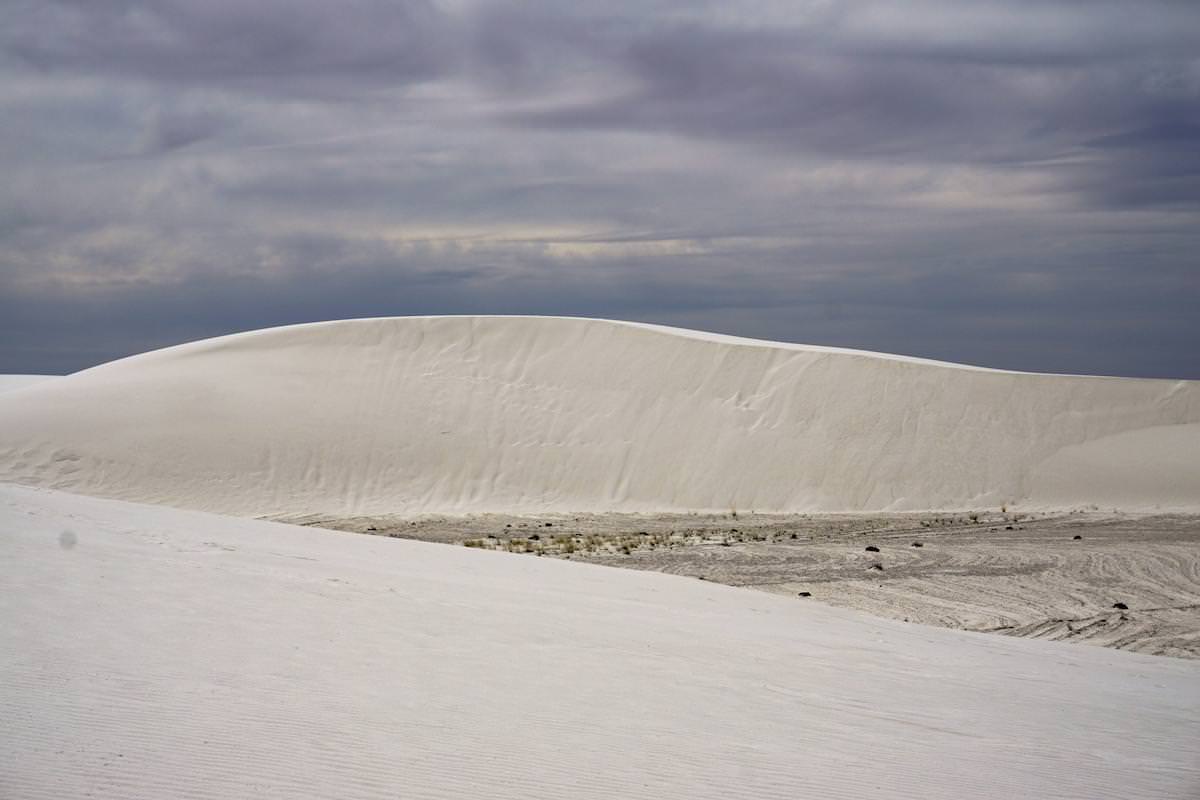 White Sands National Monument, on the way to Albuquerque

I arrived at Chaco Canyon long after dark. Although the lady I had called promised me there was no need to reserve a campsite, I arrived to a “full campground” sign. I wasn’t the only one, another car full of some guys from San Diego were stopped just ahead of me, weighing their options. A long drive back over the rough dirt road to a motel along Interstate 40 or risking camping on the land just outside of the park entrance? The choice was clear for me and I began to look up and down the road for a place to pitch my tent.

Fifteen minutes of fruitlessly searching and I decided take my chances following some dirt tracks into the distance. A mile later and the “road” abruptly ended at the edge of a canyon. Good enough for me. I pitched my tent as the group from San Diego debated the legality of camping and what they would say if a ranger came to kick us out. Finally they decided to stay and Brendan told me the “true history” of Chaco. Apparently all of the Ancestral Puebloans convened here for massive ceremonies revolving around cannibalism.

The next morning I woke up at sunrise and left my strange neighbors for the Park Visitor Center. I arrived much too early and made a breakfast of bacon and egg burritos - far better than skipping breakfast like I had been doing. 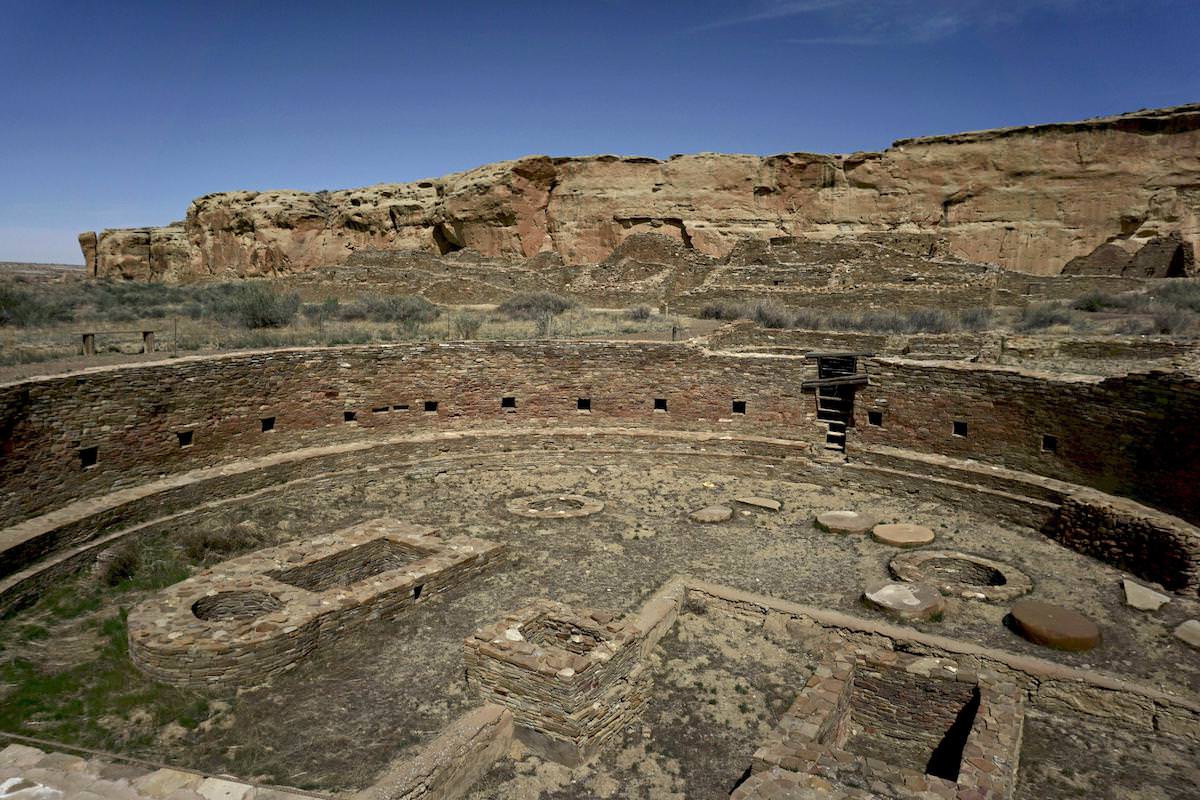 a large kiva within the Chetro Ketl Great House 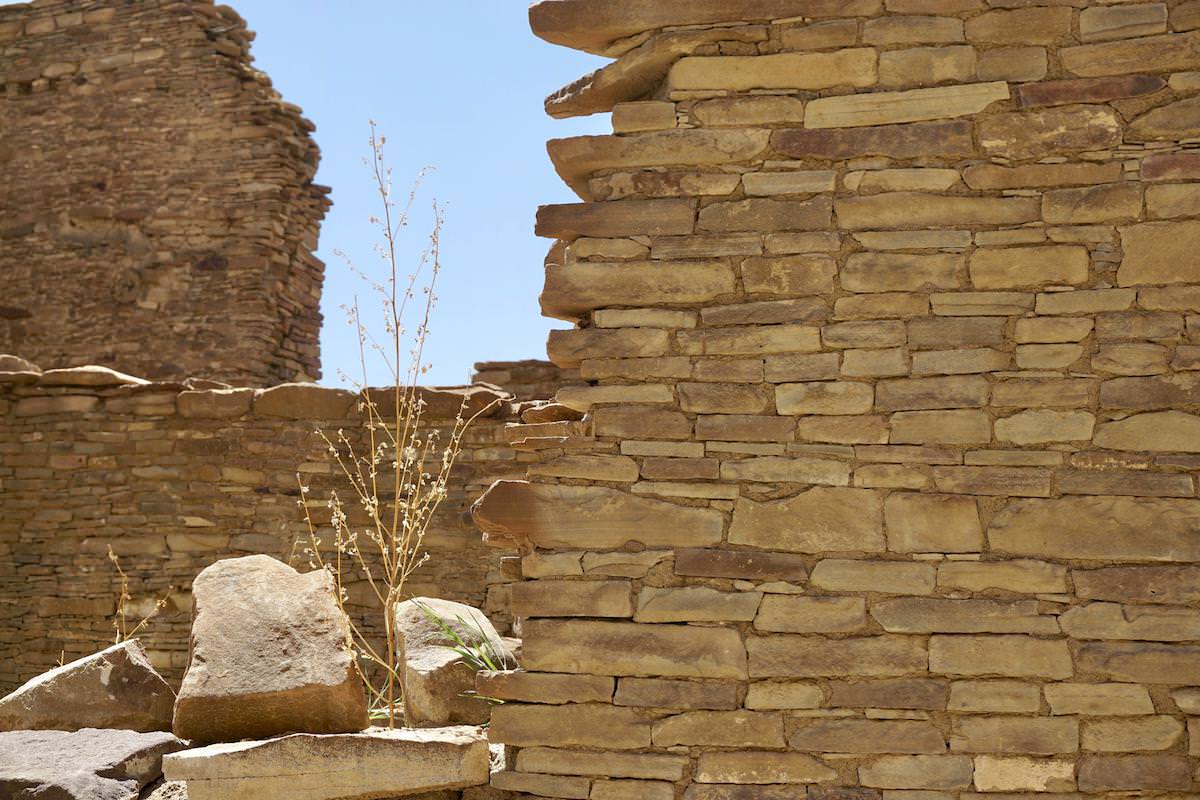 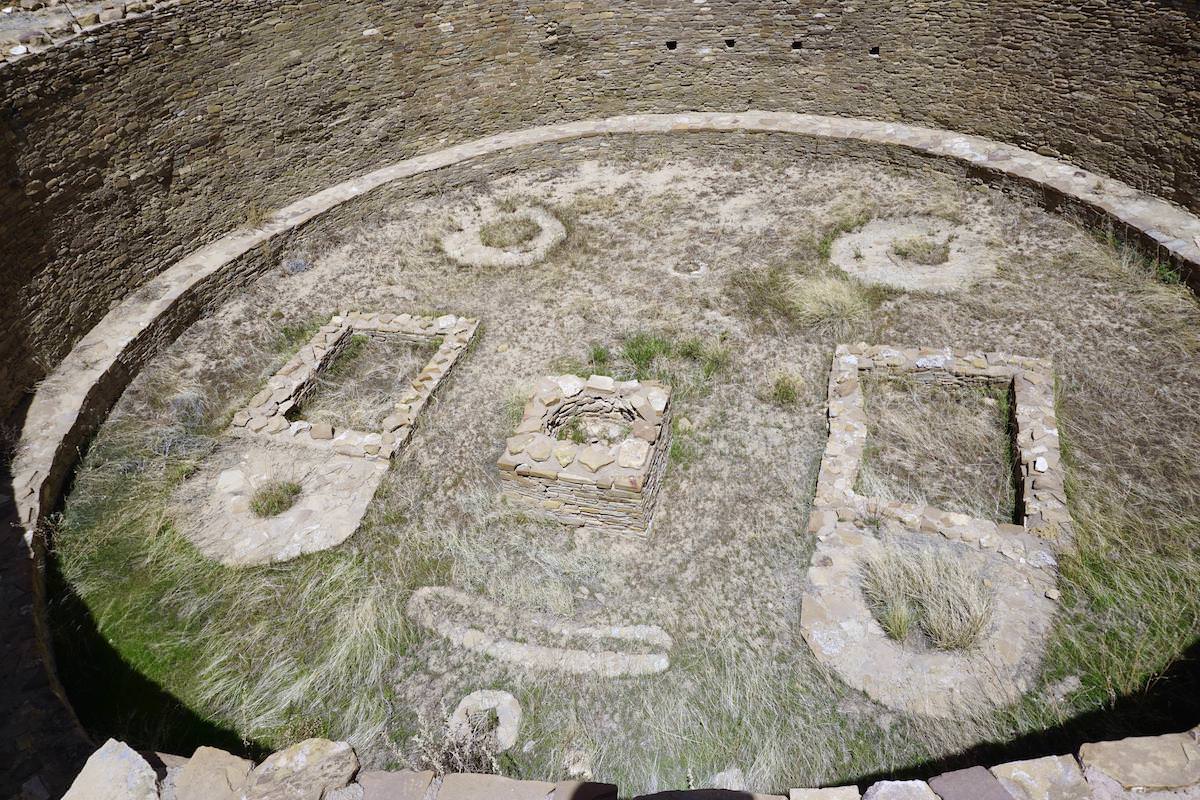 a kiva or a face? 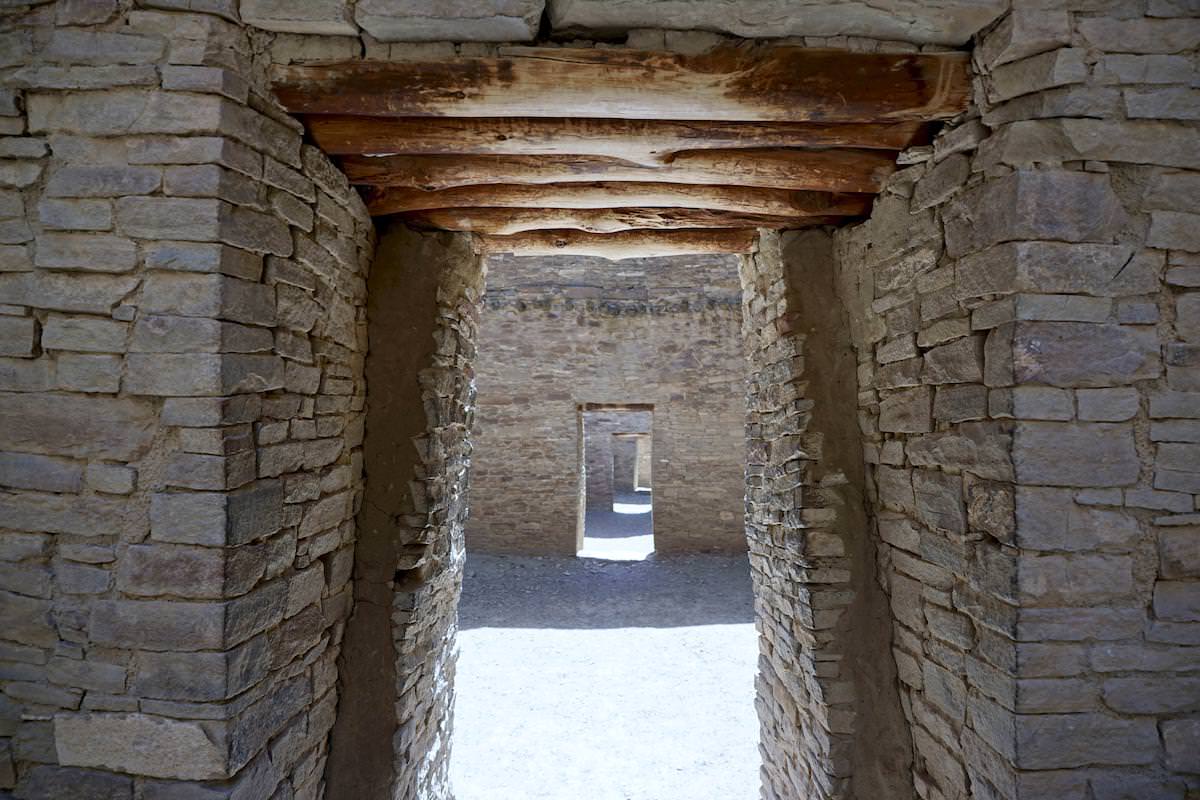 the many doorways of Pueblo Bonito

The exhibits and a ranger guided tour of one of the Great Houses failed to mention the part about large killing ceremonies. Maybe they forgot. Or maybe Brendan was wrong. The National Park Service seems to believe the Great Houses were used as a trading center, but no one really knows. They certainly are fascinating to explore, the engineering and architecture of these structures is well above that of any other ruins in the U.S. that I’ve seen.

I left that night for the solitude of El Morro National Monument. Under the fiery sunset I setup my tent, paying extra attention to stake it in well. Alas, the wind put up to much of a fight, there was no combatting it. After a near loss of my tent, I retreated to my truck and spent the night there. It wasn’t nearly as bad as I had thought it’d be and I slept great. 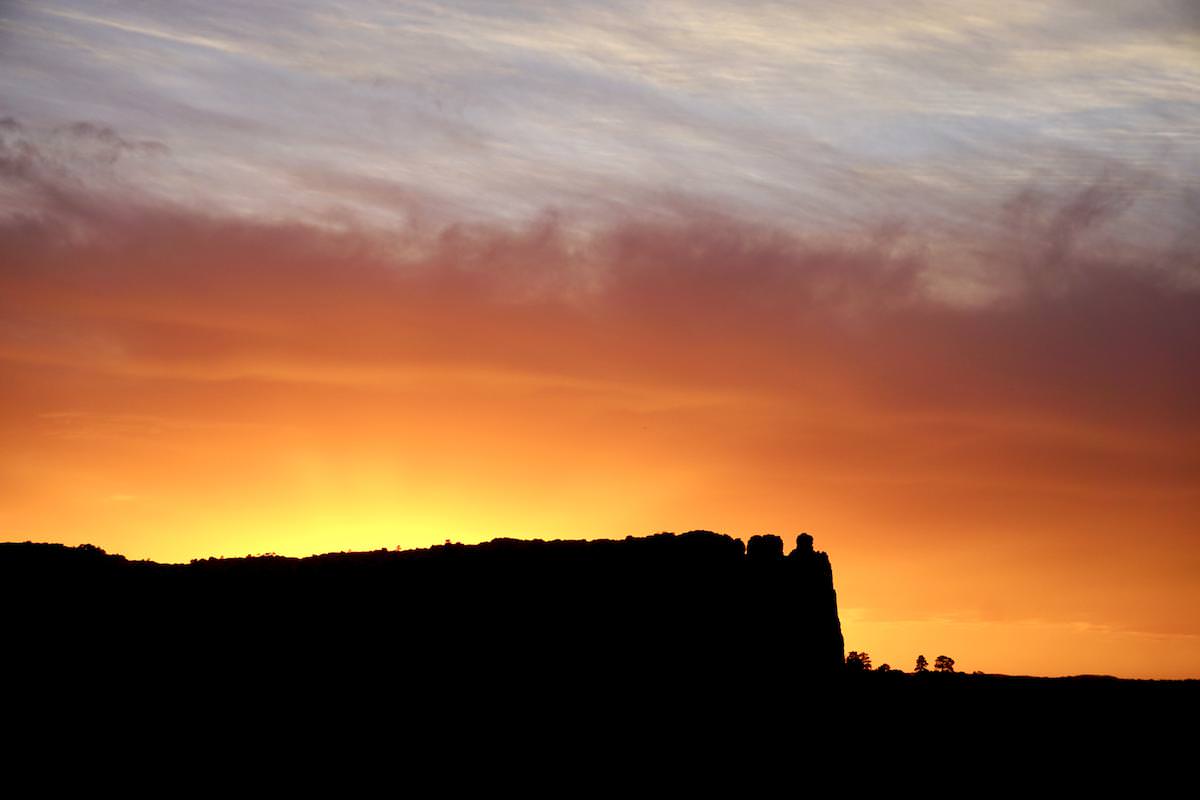 In the morning I went up the road to El Malpais National Monument to do some spelunking (always wanted to use that word…). I took a dirt road around to the edge of the lava formations. The lava rock was light, jagged and unstable, making for an interesting hike to the cave. As I approached the cave I had second thoughts. The lava rock was so light, boulders the size of cars would tip as you stepped on them. Besides, caves are scary and I was alone. I shut my light off near the entrance and couldn’t even see my hand in front of my face. After double checking all three of my headlamps I took with me, I reassured myself and set into the cave. 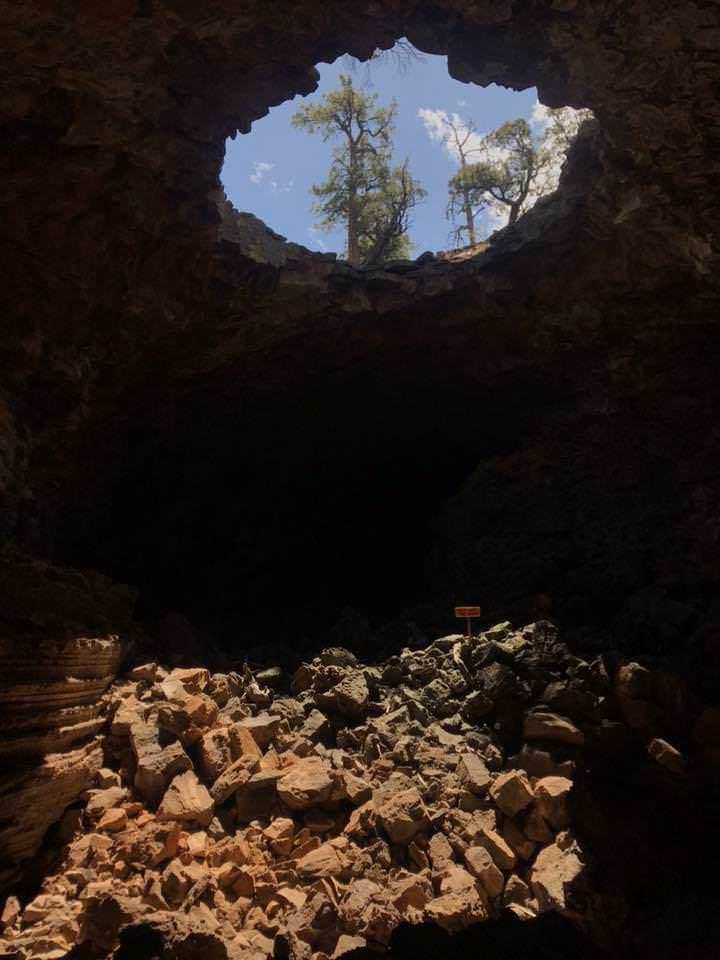 It takes some getting used to the dark of a cave with no one else around. Everything is deafeningly quiet. A quiet I’ve only ever experienced underneath arches and alcoves in the desert. On top of this, the absolute blackness feels both endless and suffocating at the same time. It is certainly peaceful after some time, and I enjoyed feeling as if I was the first person to ever explore this cave.

Later that day I returned to El Morro. The watering hole here is one of the only large pools present year round in the desert and has been used for thousands of years. It boasts a wall nearby called “Inscription Rock” where travelers have carved their names and records of their passage. From Ancestral Puebloans, to Spanish Missionaries, to U.S. Army Camel Corps members, everyone left a part of their story. 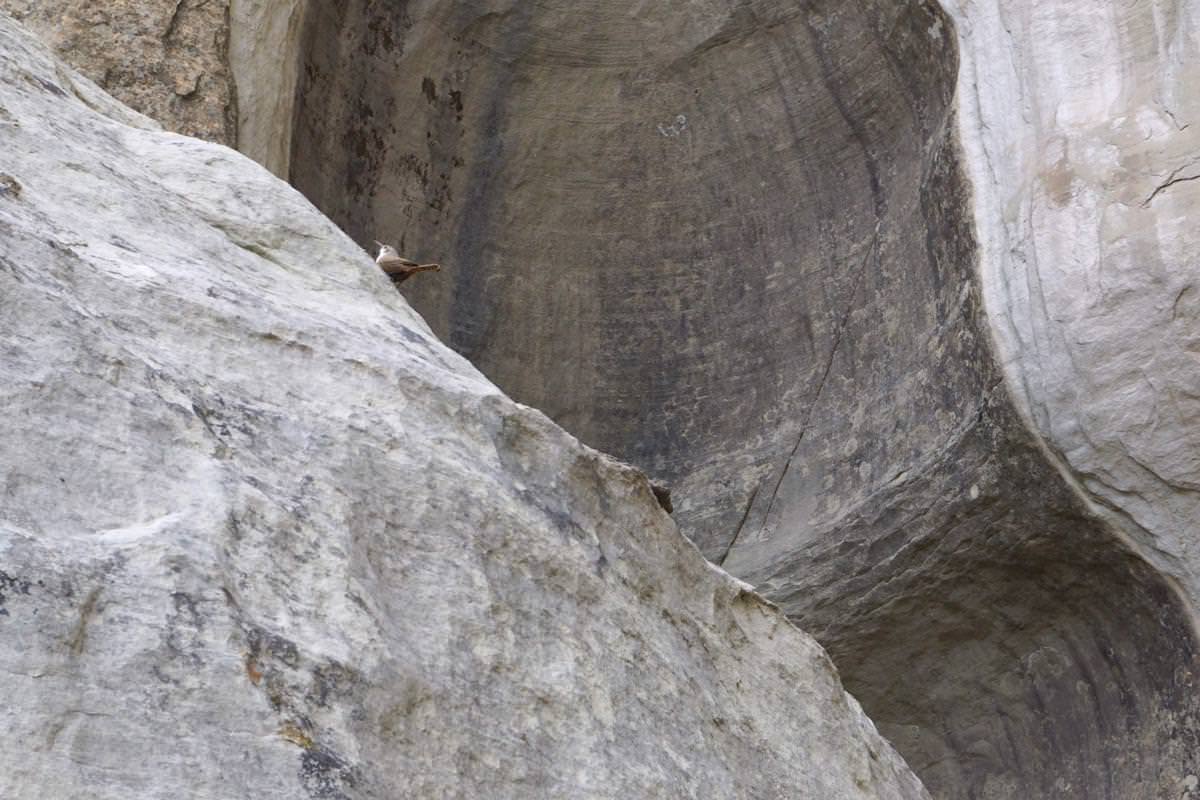 a fellow visitor to the watering hole 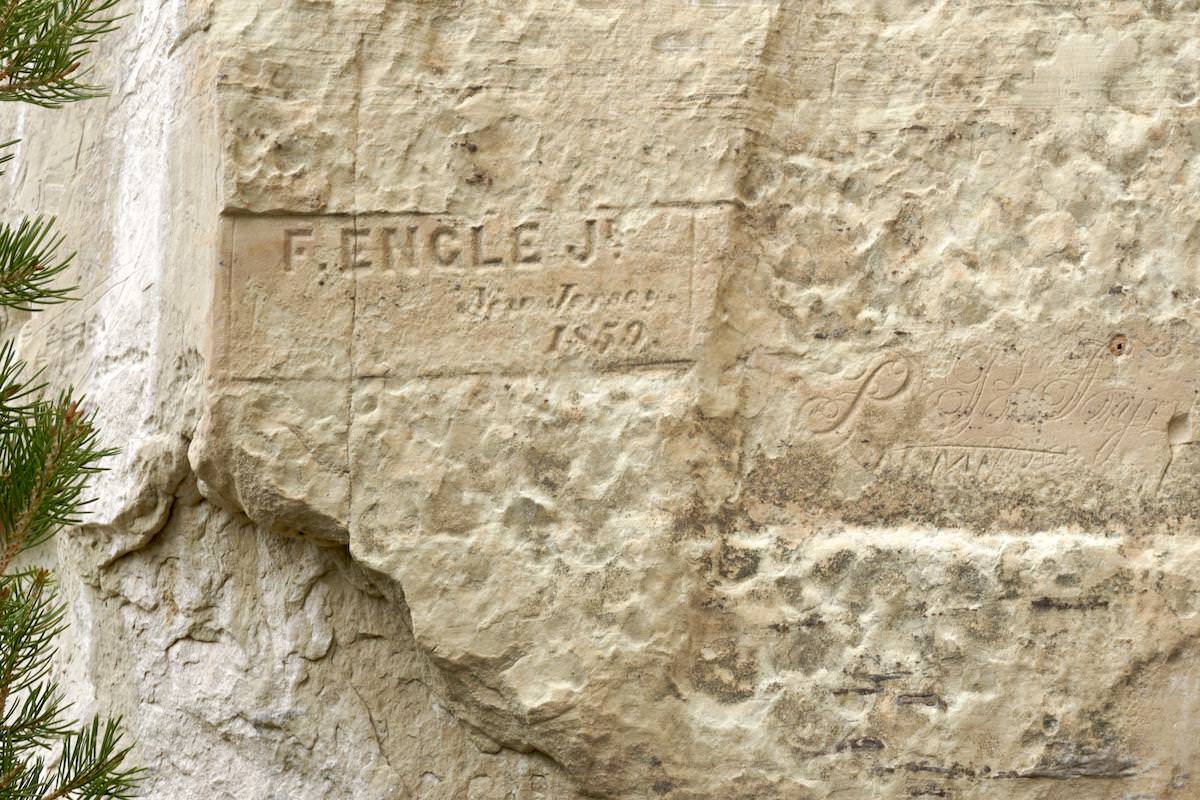 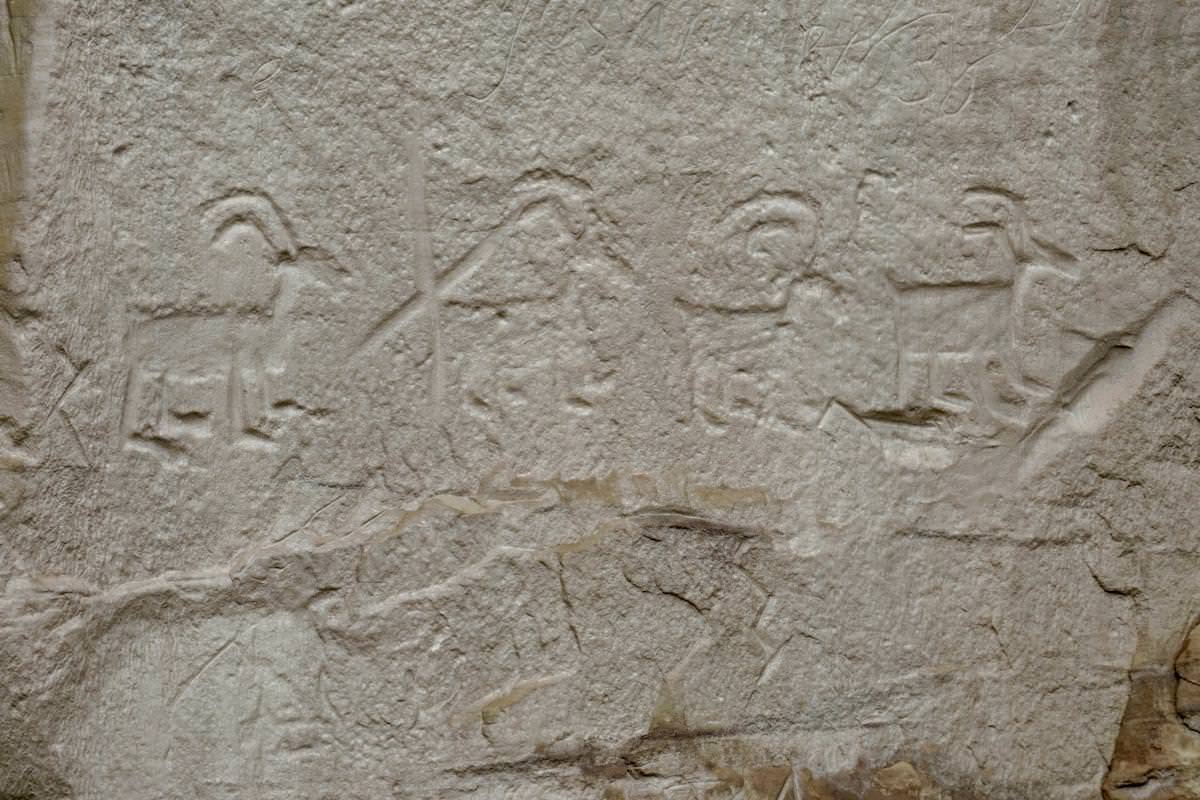 complete with a few petroglyphs

Eventually it was time to continue West towards Petrified Forest National Park, a much anticipated stop on my journey to the Canyon Country of Utah. Figuring I’d throw myself into it and learn the science and geology later, I go to get a backcountry permit from the Visitor Center. I walk in and ask for a permit to camp in the desert tonight.

“I’m sorry, but we don’t give out permits past 4pm for backcountry camping.”

I stare in disbelief.

“It’s for your own safety sir, we don’t want you to get into a dangerous situation.”

Well who can argue with safety? I’m sure in the last two minutes the hike went from totally fine to deadly. Maybe the man-eating monsters come out at 4pm? To top it off, there’s no car camping allowed in the park. The lady at the Visitor Center tells me there’s a private campground 40 minutes west of here I can pay for. I leave, not wanting to argue about how ridiculous this all is.

I pick up a package in town nearby, and use the WiFi at a Burger King. I learn that the rock shops South of the park allow camping in the parking lot, but I’m warned by a few people of the “blonde Nazi” who runs the store. Apparently she won’t allow anyone to pitch a tent unless they prove they have a portable toilet with them. WTF. I park and sleep in my truck again to avoid an encounter with this Nazi character.

Petrified Forest is really cool. Half the park is badlands covered with petrified wood, and half consists of painted desert. Every area I hike has it’s own character and style to it. The “wood” is now rock, and looks like was painted a thousand different colors. Whether you’re looking out into the distance, or down at the shards on the ground, it’s gorgeous. 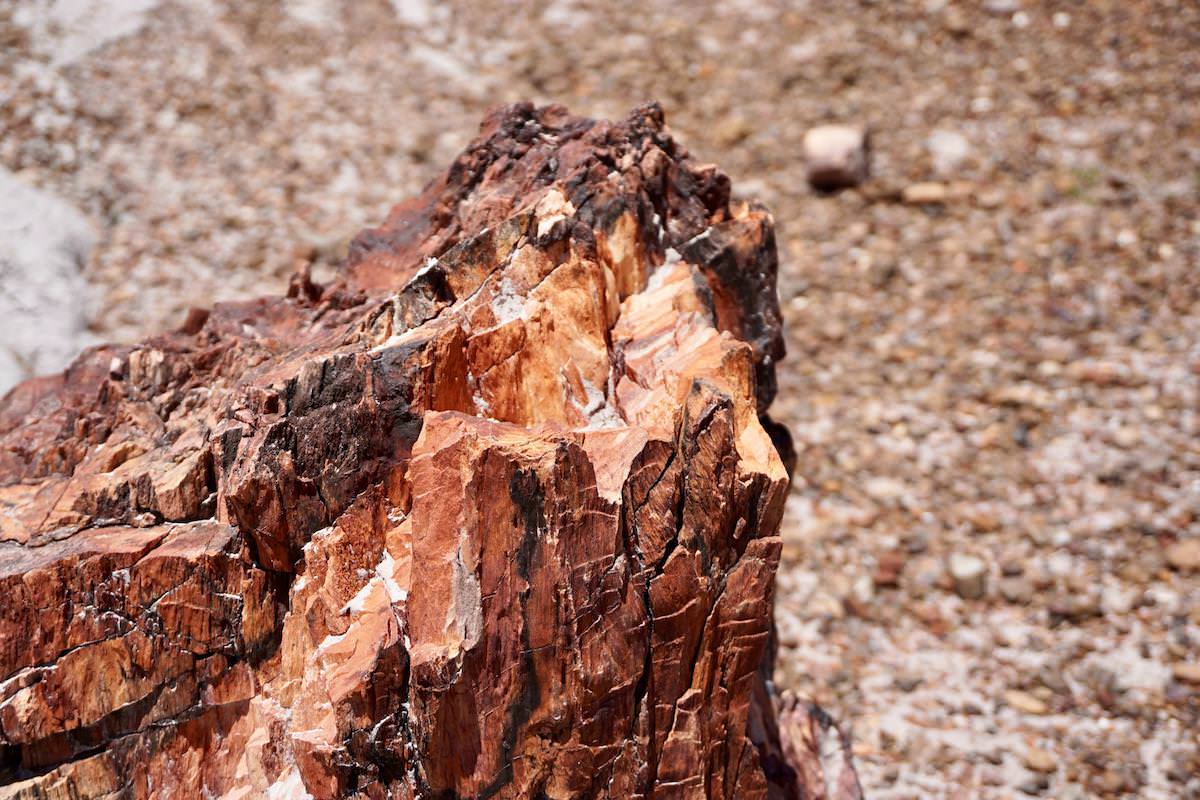 a particularly red area of the ‘forest’ 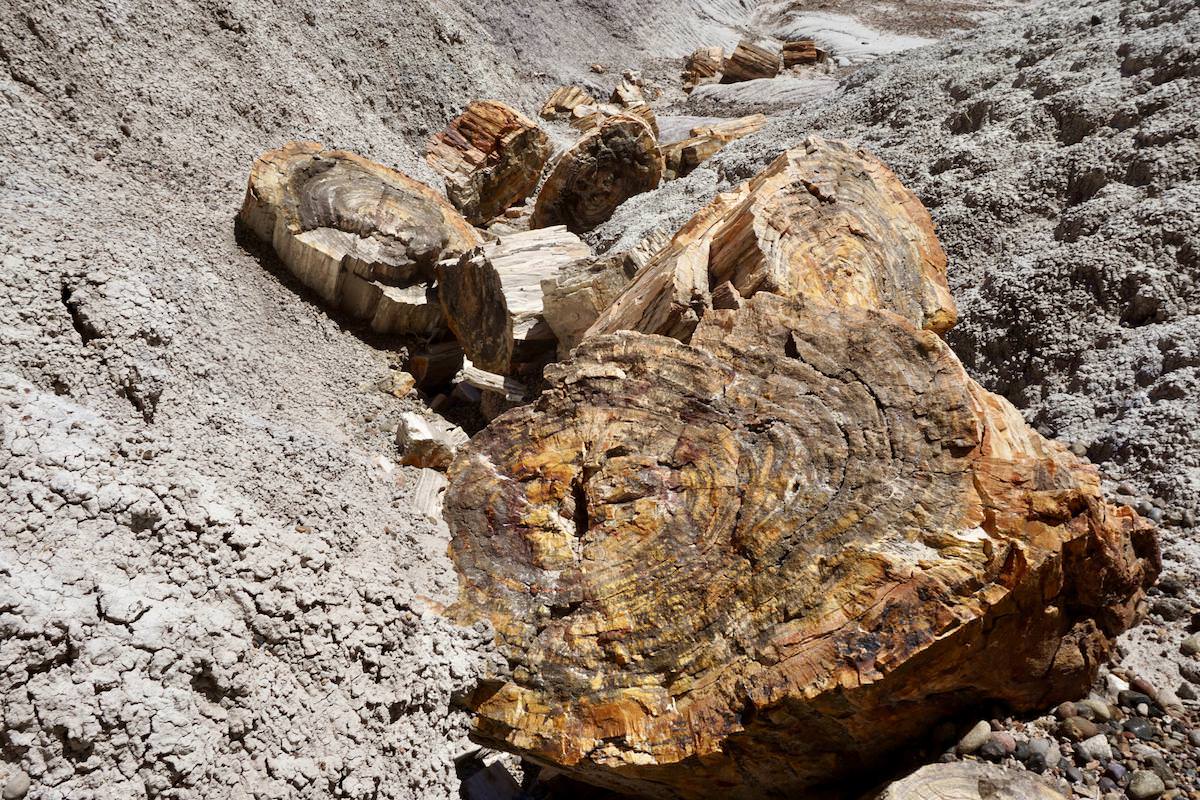 the petrified wood looks as if its been cut, but it just splits under it’s own weight 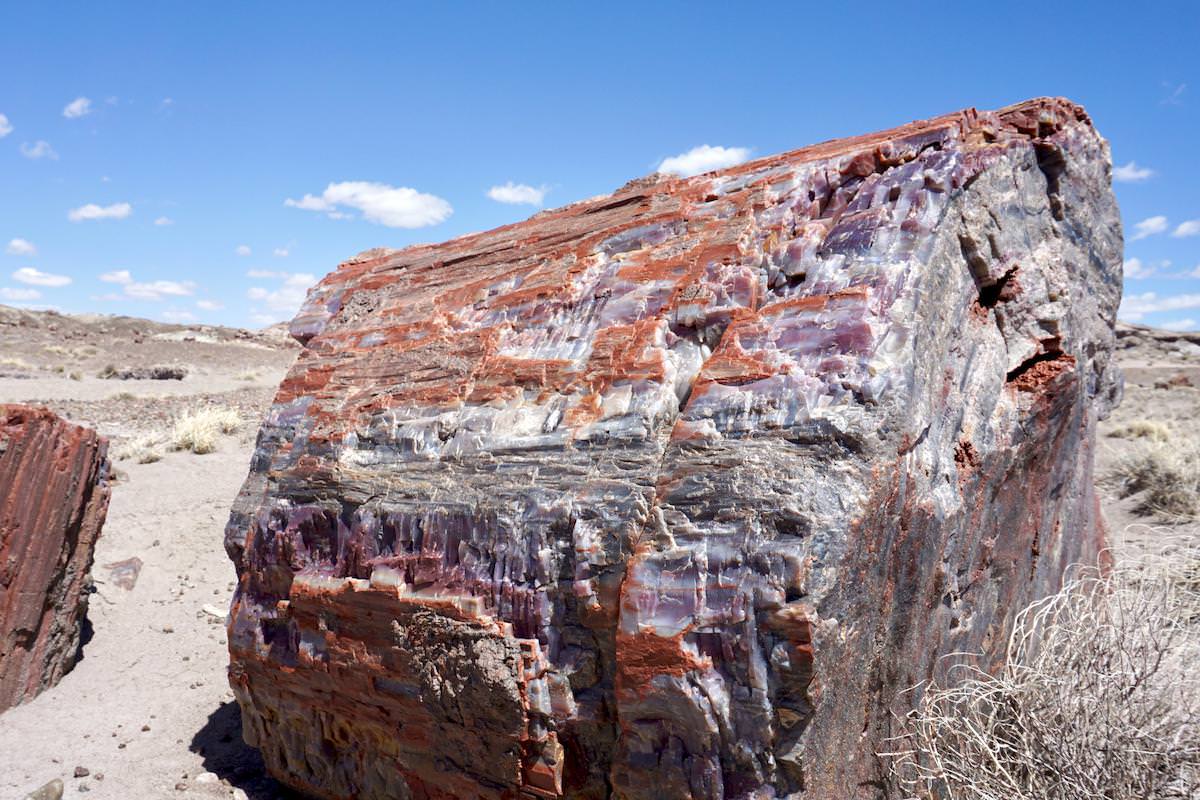 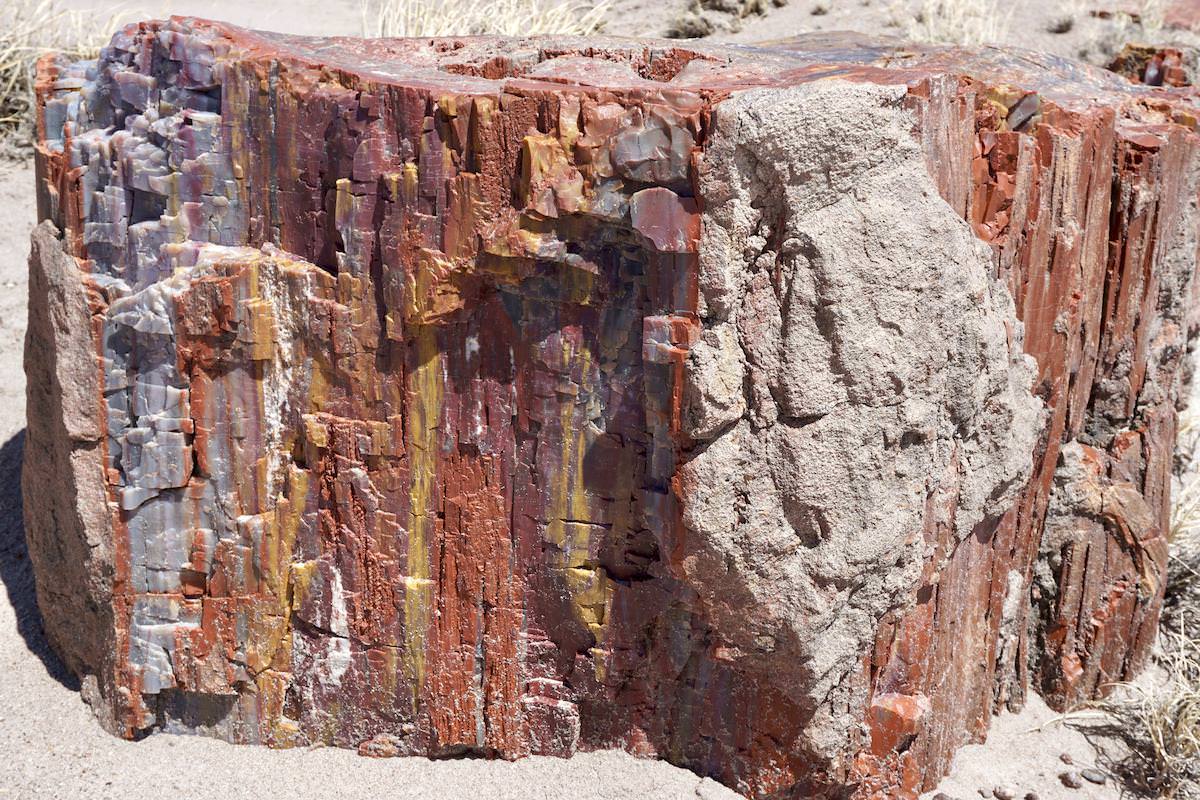 and so many lines! 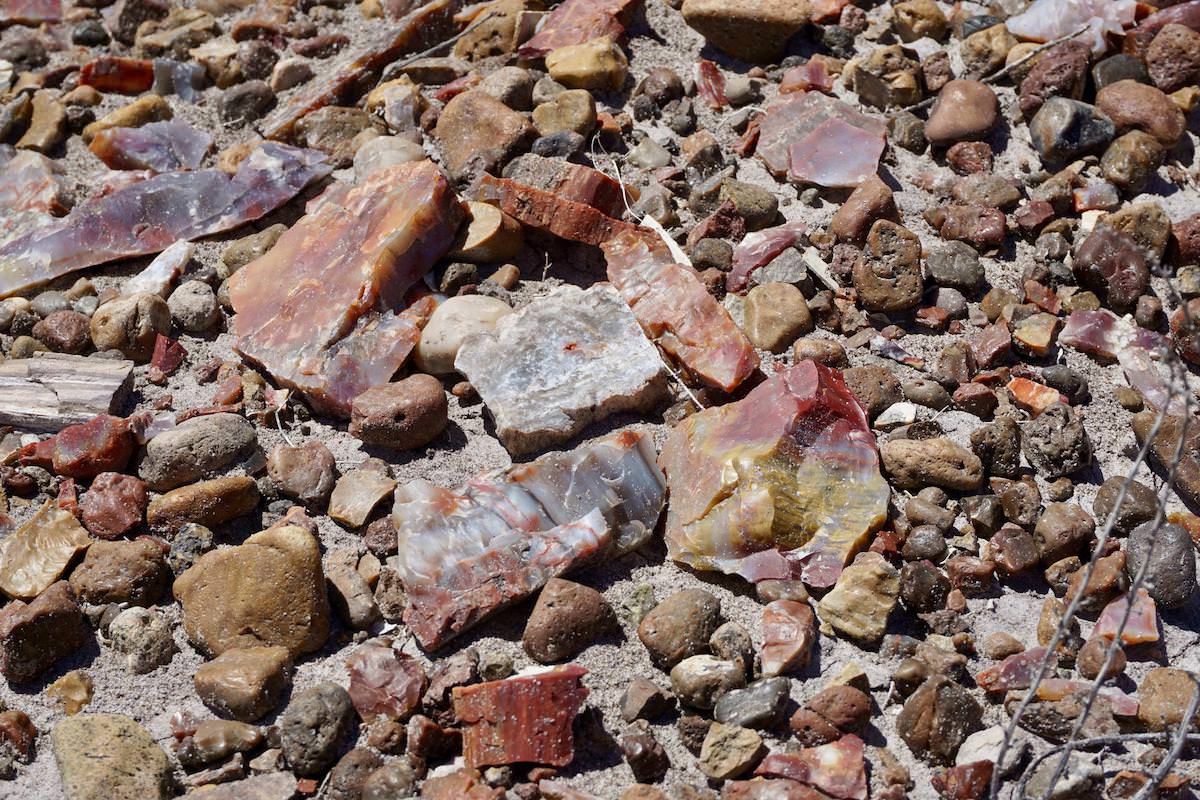 and so many pieces! 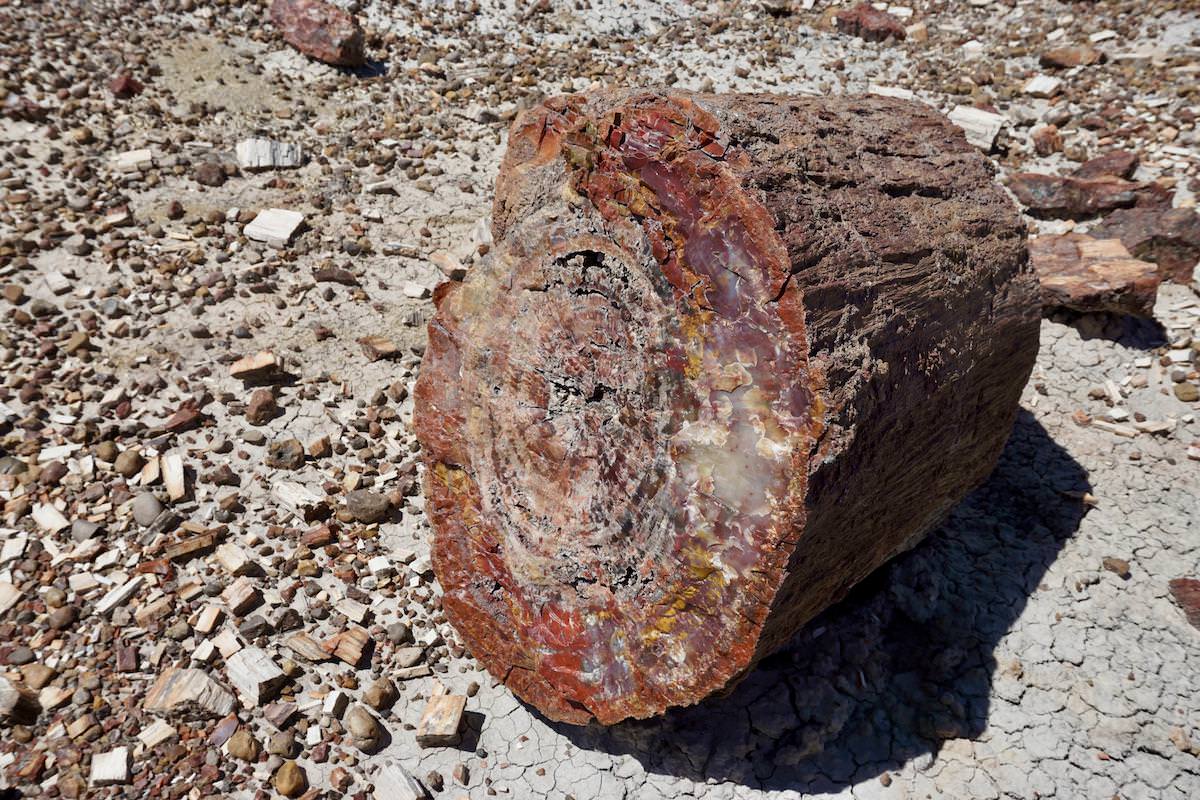 and so much detail! 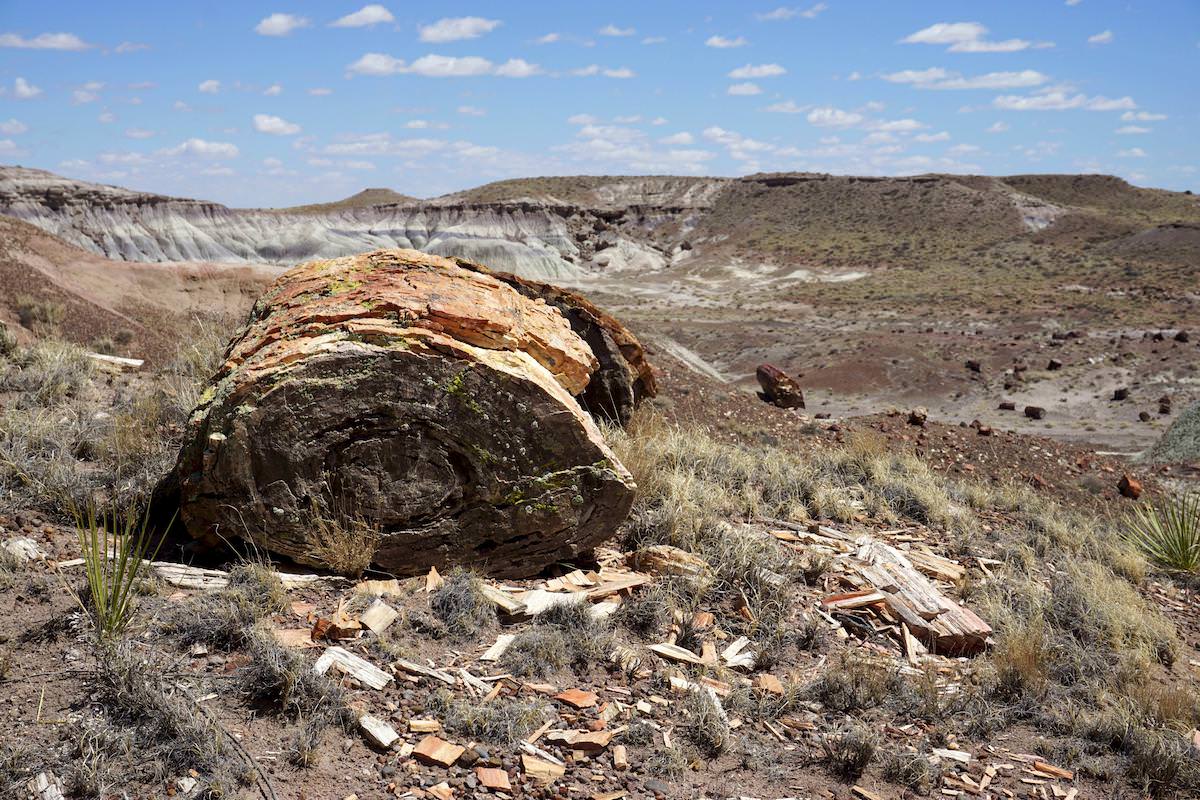 I finally get my permit to backpack and the man at the Visitor Center helps me decide on Backcountry Zone 4. Apparently it’s got the best scenery. As I soon find out, it’s the only zone without petrified wood. So it goes. 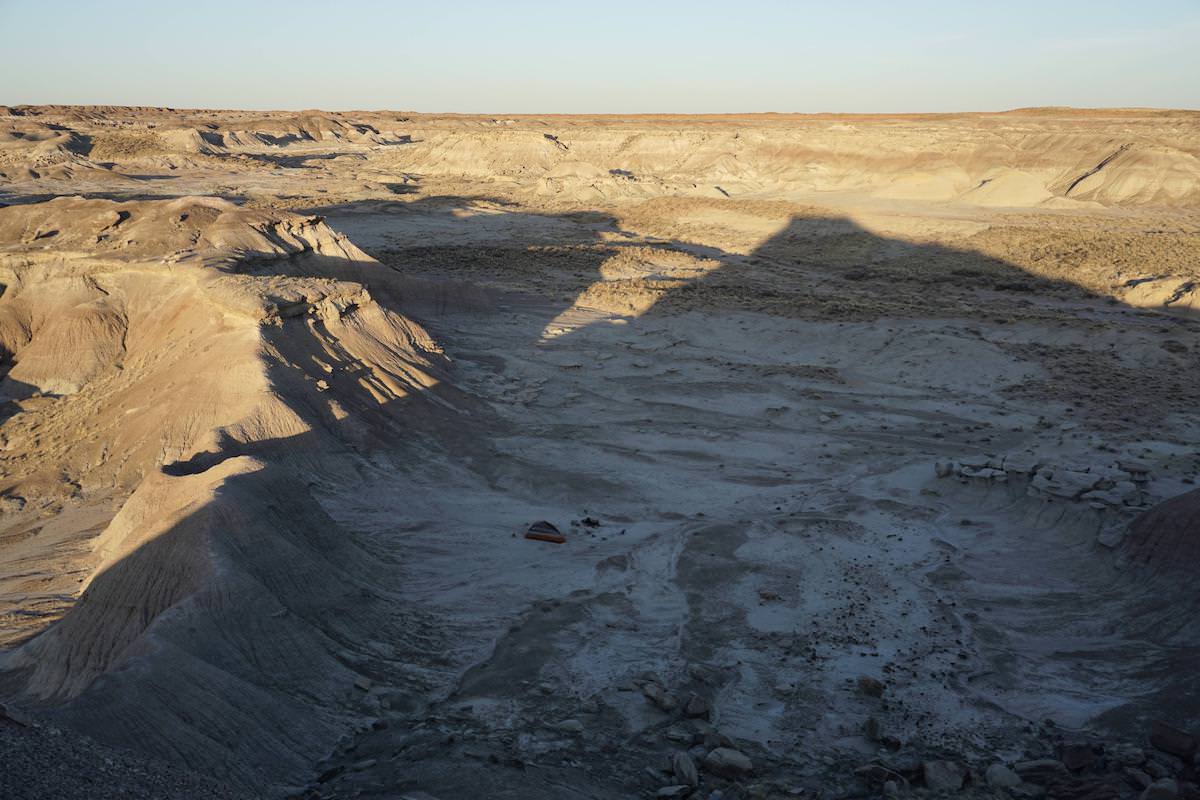 my lone tent in these badlands 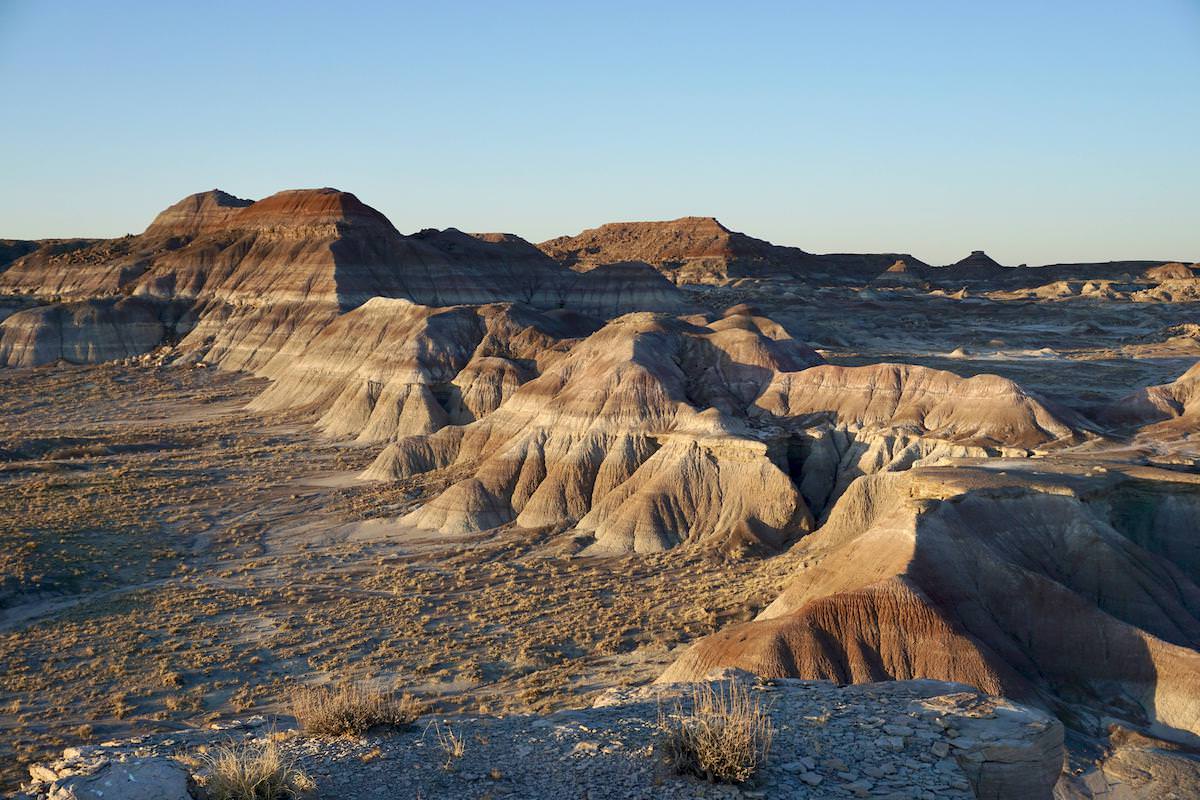 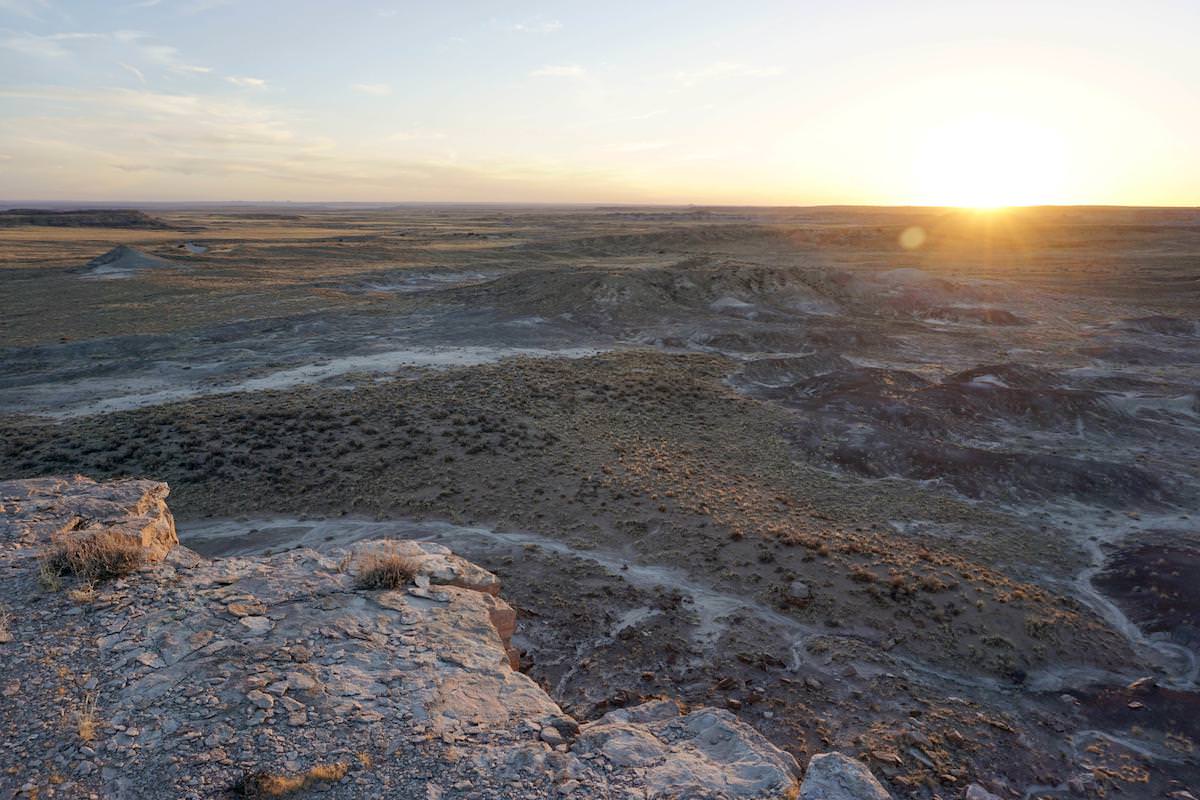 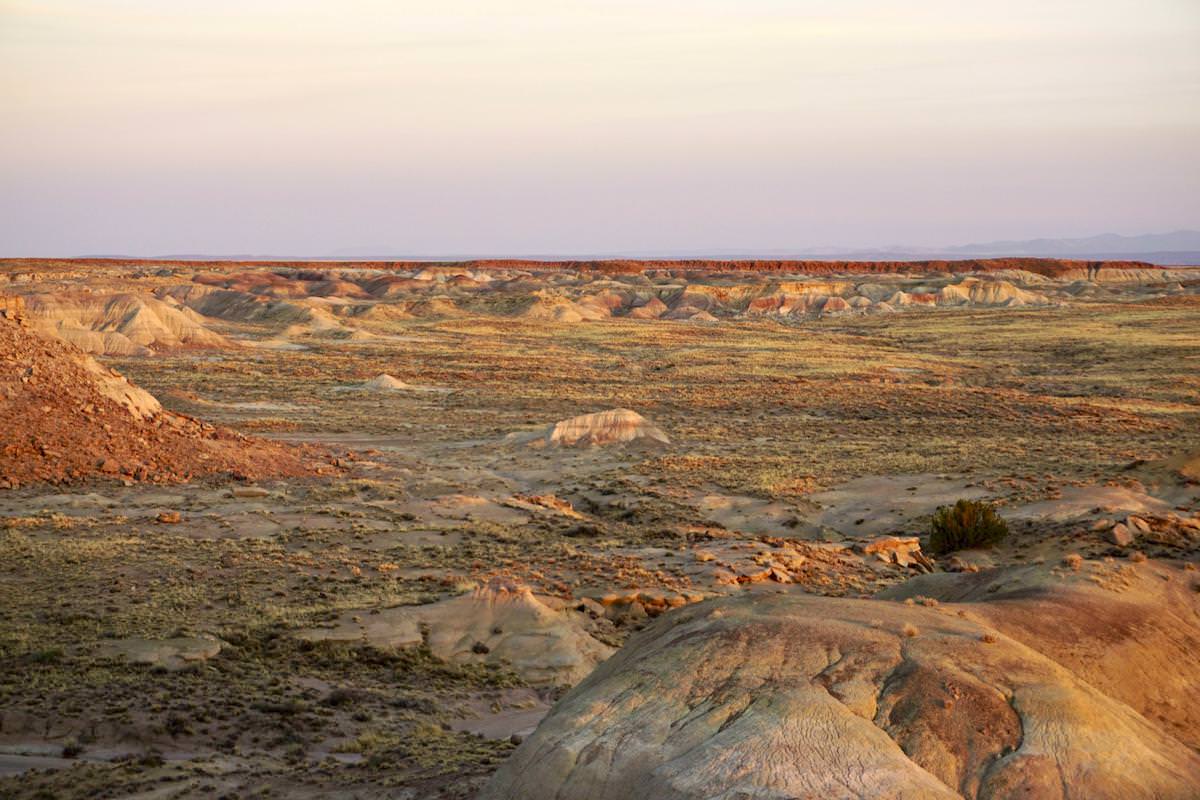 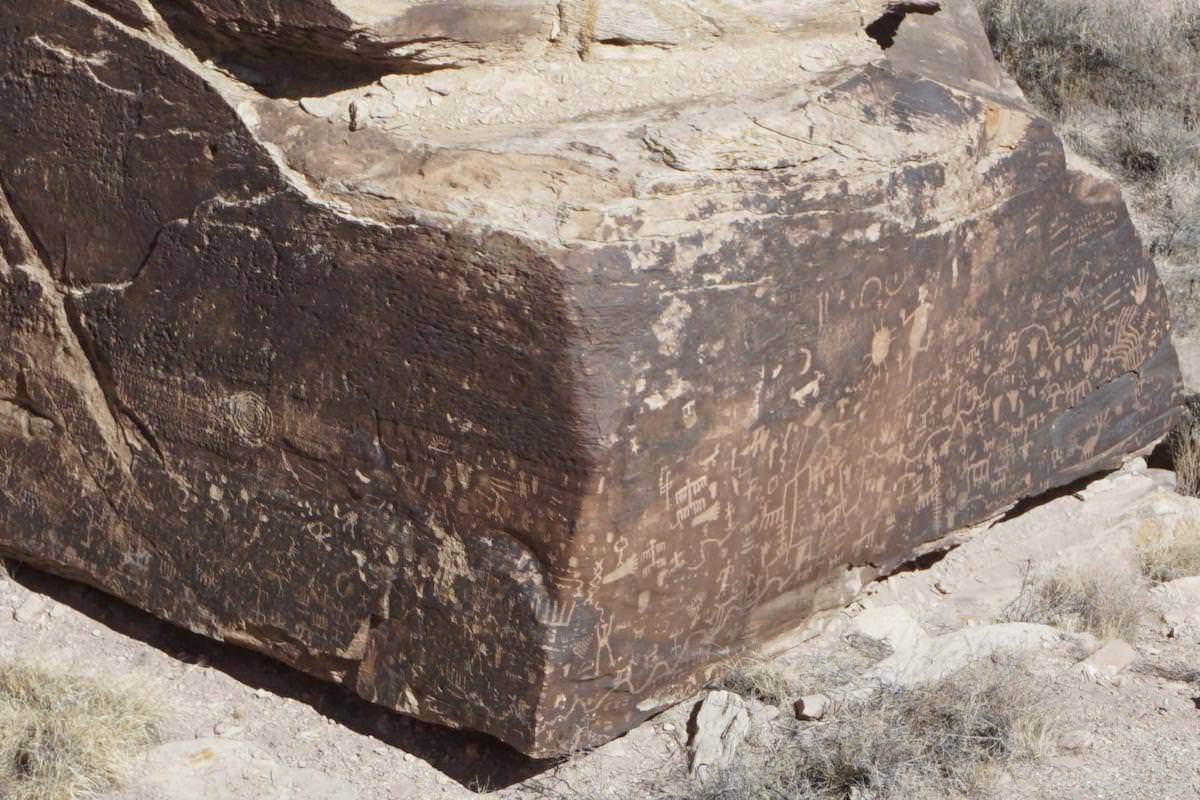 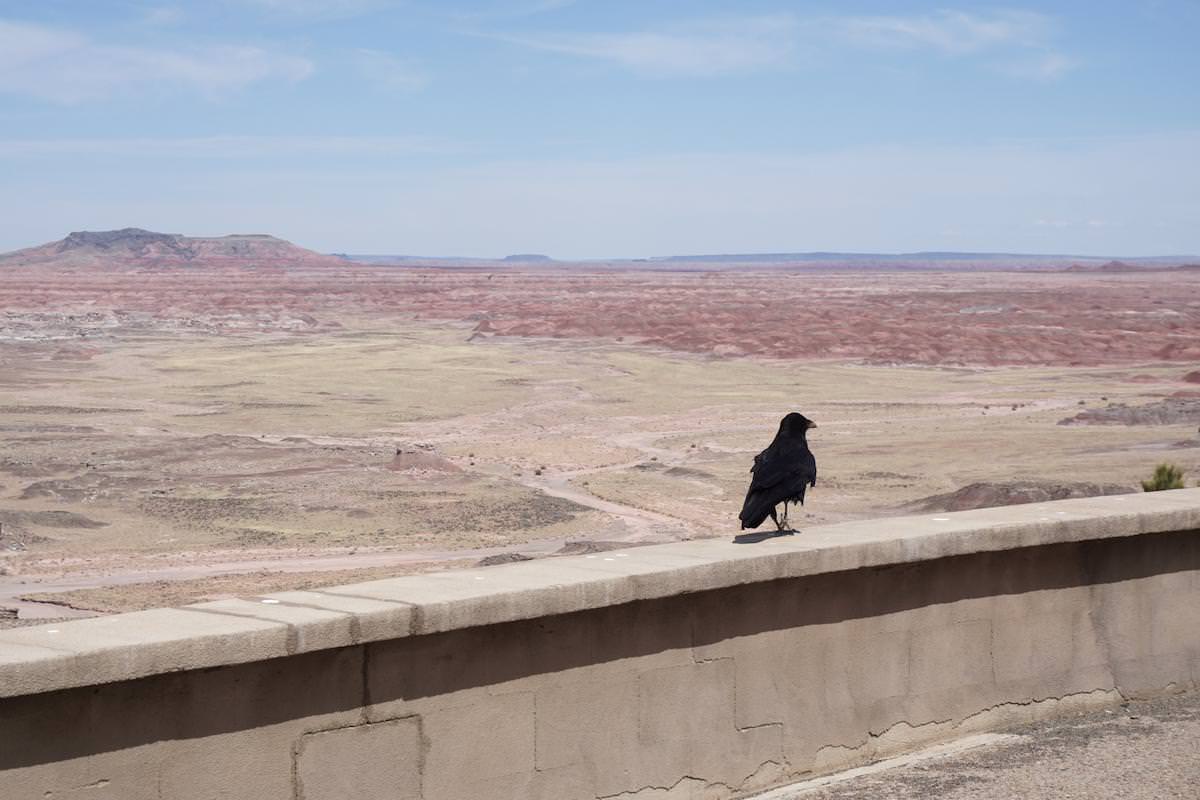 After leaving Petrified Forest I make my way up to the Cedar Mesa area of Utah. I stop at another National Monument in the Navajo Nation and then for some Chinese food where they give me spaghetti with soy sauce and call it Lo Mein. It was the only food in town.

At last I pass through Monument Valley and then I’m in Utah! I feel at ease here. I can camp or hike wherever I please, it’s all public land. 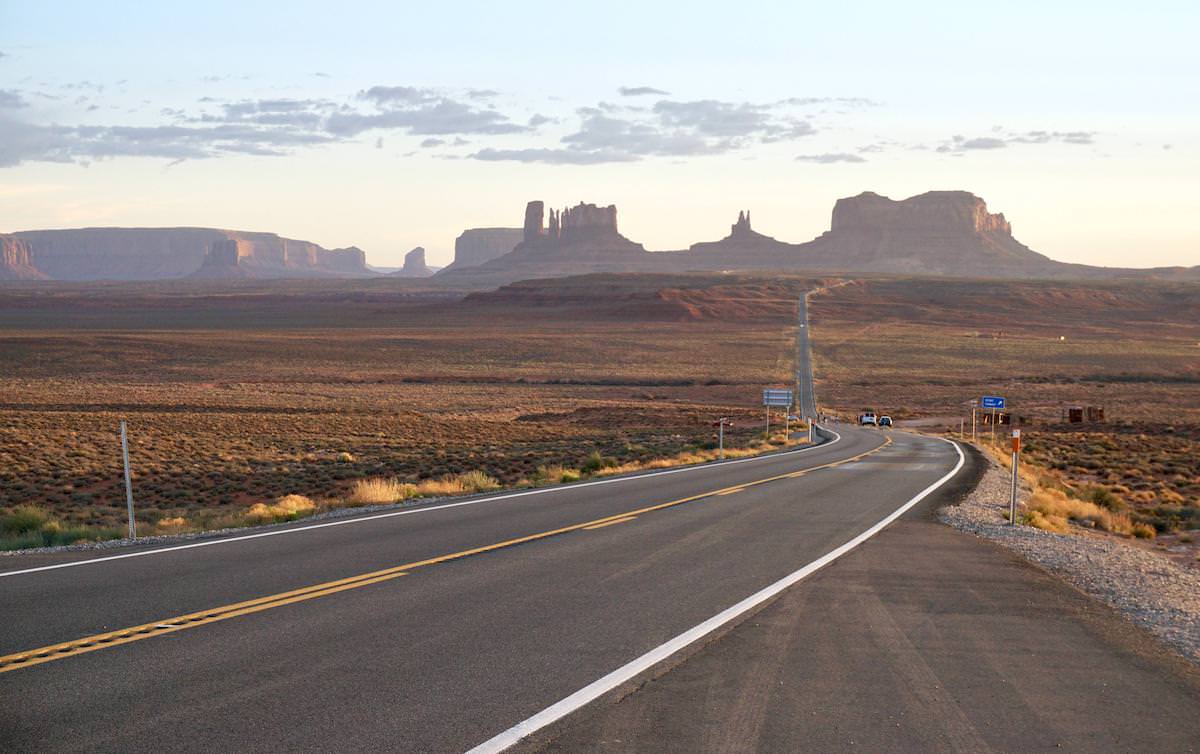